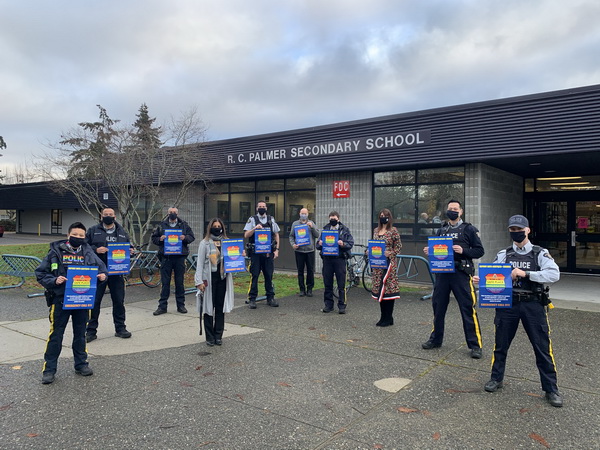 On November 25, 2020, Richmond RCMP announced that Palmer Secondary school became one of the first schools in the city to participate the Safe Place Program, a police-sponsored program aimed at offering shelter to LGBTQ2S+ victims of crime.

In efforts to combat these trends, to promote diversity and inclusion, and to stand up against hatred in our community, Richmond RCMP is now participating in the Safe Place program.

Richmond RCMP’s Safe Place liaison officer, Constable Jace Rondario, says the Safe Place Program aims to build trust between police and the LGBTQ2S+ community, while addressing feelings of safety and security. The Safe Place program allows for schools, business and other institutions to self-identify as a ‘Safe Place’ for members of the LGBTQ2S+ community. Participants offer shelter to those who feel unsafe and those who may be a victim of an anti-LGBTQ2S+ crime. They offer a place where people will be welcomed, where they can call police and where they can wait until officers arrive, says Rondario.

As part of the Safe Place program, participating schools, business and other institutions pledge to assist victims and witnesses of anti-LGBTQ2S+ crimes, while offering them a safe place to wait for police. Participating locations are identified by the Safe Place decal, which is placed prominently at or near the main entrance to the building.

Constable Rondario says, The Safe Place program sends a strong and united message that harassment of, and crimes against, members of the LGBTQ2S+ community will not be tolerated. 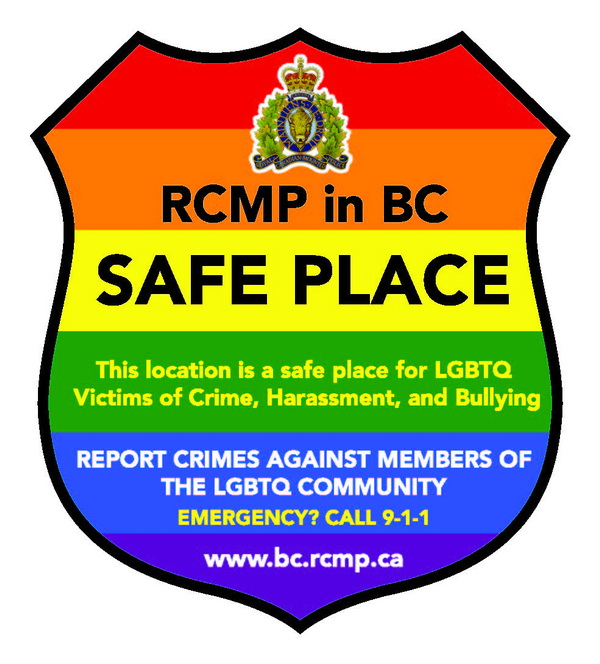