From a passionate soccer fan in need to someone in disorienting distress, compassion is not lost on YVR officers

For frontline officers at YVR Detachment, professionalism and adherence to public safety are standout traits. But patience, understanding, sympathy, and most importantly compassion, are equally held values.

On June 9 and 10th 2022, frontline YVR officers had the pleasure helping two people in need in vastly contrasting circumstances.

Police responded to a 76-year old Torontonian in the domestic arrivals section of YVR, who appeared disoriented and very confused. She had flown from Toronto to Vancouver alone, but when she was located, she apparently did not know how she arrived there or what she was doing there. Even though she was highly distraught, our officers calmly offered her safety, assisted her with medical treatment, and more importantly, letting her family know she was safe. We eventually helped her return home.

Just after midnight on June 10, police responded to the Fairmont Hotel at YVR to provide assistance to a young 14-year old soccer fan who travelled from Toronto to Vancouver to watch the CONCACAF Nations League soccer match between the Canadian men’s national soccer them and Team Curacao. He had made his way back to YVR after the match, but missed his flight home. Our officers managed to help this young soccer fan, making arrangements for a later return flight. And with the gracious assistance of YVR personnel, he was able to seek a place to shelter prior to returning home.

It’s just something we do, says Sergeant Albert Lam, YVR Operations NCO. It’s not just part of the job, its who were are as people adds Sgt. Lam. 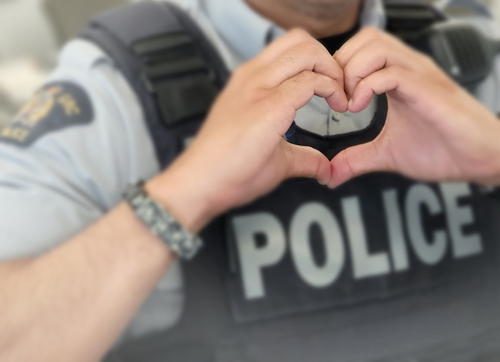