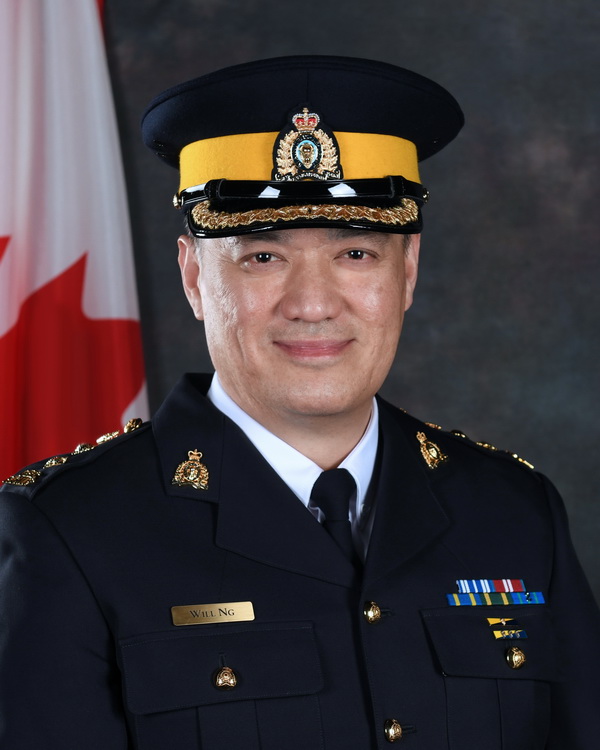 Chief Superintendent Will Ng joined the Royal Canadian Mounted Police in 1995 and has served in a variety of roles throughout his career, all of which have been in the Lower Mainland. After starting his career in general duty at the Surrey Detachment he moved on to a number of specialized units including:

He has received numerous honours throughout his career. In 2004, he was awarded the Province of B.C. Medal of Valour and he is the recipient of the Canadian Meritorious Service Medal and Queen’s Diamond Jubilee Medal. He has also been honoured to receive an RCMP Commissioner’s Commendation and RCMP Commanding Officer Commendation.